“The creation of the statue was ordered by martyr Soleimani’s family and finished the job in 40 days,” he said.

“This is the second statue that I have made of him,” the artist underlined.

The Iranian sculptor added: “I wanted to make a statue of him before his martyrdom, but Gen. Soleimani did not agree.”

“After his martyrdom, I wrote a letter to Islamic Revolution & Holy Defense Museum and the body accepted my proposal and I created the first statue in 18 days,” Kangarani said. 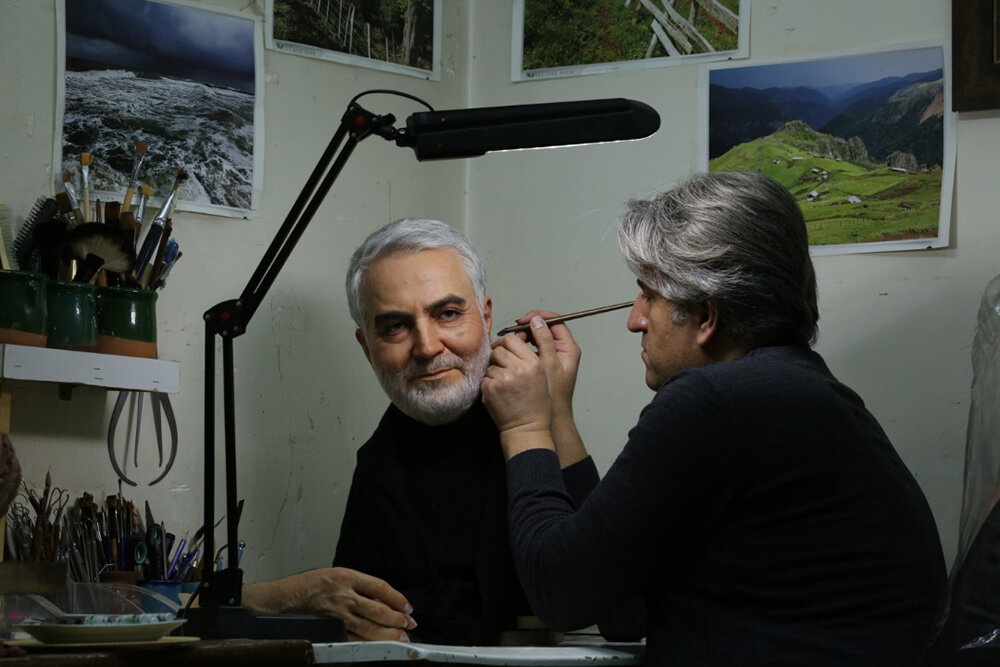 “I made the wax statue to preserve the great dignity of martyr Soleimani,” he noted.

Soleimani’s family, a number of government ministers and artists participated in the unveiling event.