Art and Experience: In the moment, the cancellation of the 2020 SXSW Film Festival was a shock to the system; now, we know it was a harbinger of things to come. When Austin mayor Steve Adler announced “a local disaster” due to the coronavirus outbreak, the sprawling impact on every facet of SXSW — from film to music and interactive events — created what was then an unprecedented crisis. Since then, other major festivals have been “postponed,” including Coachella, Tribeca and Cannes, and it remains unclear how the strategies for those events will evolve.

For the time being, SXSW has become the first case study in how to maintain some aspect of a canceled film festival through online resources. Shortly after IndieWire determined that it would proceed with coverage of SXSW films, the festival announced that it would maintain its competition sections. This week, SXSW announced those winners, which included Grand Jury Prizes for narrative entry “Shithouse” (one of the films featured in IndieWire’s original reporting on the cancellation) and the documentary “Elephant in the Room.” With that process now over, Pierson spoke to IndieWire about how the decision came together, and what other festivals might learn from the experience.

Broadly speaking, how did the experience of a virtual SXSW differ from business as usual?

Well, we haven’t experienced SXSW as a virtual experience. As our event was canceled, we were devastated for the filmmakers and wondered how we could help them. Immediately, there was a sense that when the event was canceled, what could we do to help the filmmakers who have put years of work into this? As programmers, we knew how wonderful the films were. It’s a very selective process. We were still invested in how great it would be to share them with our audience. When that wasn’t possible, it became more about what we could do.

How did the conversation turn to the competitions?

Most of our competitions require our juries to watch the first public screenings. That’s a big part of it. We had to take a step back and consider how to continue that. The juried competitions are defined, the jurors had been announced, so we knew we could get everybody in place if it was in their best interests. We weren’t sure. We had to ask them to decide if it was in their best interests to go forward. We thought there was a scenario where these films could remain forever official SXSW 2020 selections and they could win awards, and still world premiere somewhere else. We were the first festival to get canceled, and now everything’s been canceled, so who knows what opportunities come for these filmmakers. We wanted to help shine a light on them.

What was different about the deliberation process?

Jurors are very particular. They deliberated by Zoom. It was a different experience because they couldn’t hang with each other over five days or experience the audiences. Usually there’s this wonderful bonding that happens year over year. But they took the deliberations really seriously. We were thrilled we could go forward with it.

“Shithouse” was a very SXSW sort of movie, so it’s no surprise it won the Narrative Competition. What stood out to you about that one? 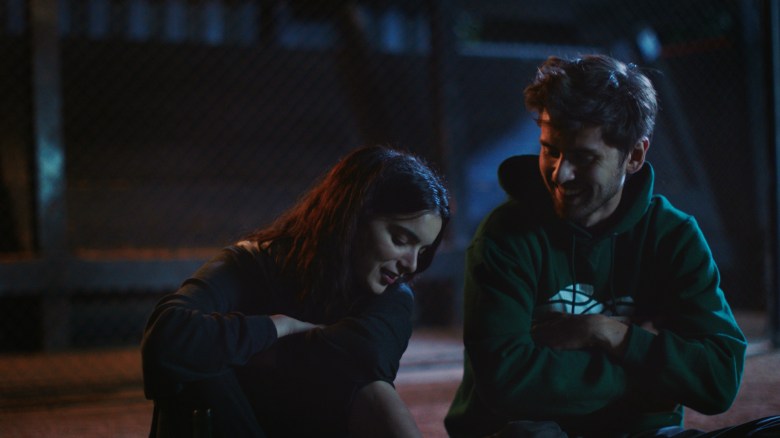 What’s notable to me about “Shithouse” is that when it first starts, you think you’ve seen this movie before, and then it delights and surprises. That makes it even more surprising, because you think you’ve seen this movie, but you care more about it. This has come up with films like “Weekend” and “Medicine for Melancholy.” It’s a similar formula — two people talk through the night — and “Before Sunrise” is the grandaddy of that. When a filmmaker can imbue a known premise with originality and vitality, it’s really exciting.

“Elephant in the Room” won the Documentary Competition. Usually, the documentaries that break out at SXSW are more personal ones.

It’s just an incredible film, very hard to make well. I give the highest props to the filmmakers for making a tough subject into a beautiful experience. It speaks to how we deal with grief. Everyone who sees it is knocked out by how deep and important [it is]. There’s nothing patronizing about it. It tackles grief from a child’s point of view that I haven’t seen before. It’s even more timely now than when we saw it. We all agreed as programmers that it had to take a really high level of talent for this film to work the way it does.

Take us behind the scenes a bit. What were your conversations like within the rest of the company about these plans?

There weren’t a lot of conversations. We have tremendous independence within the company. They have a lot of confidence in our curation. We just said this was important to us and they said no problem. There’s so much work involved in not going forward with the event. We discovered it was harder not to put an event on. It’s happening in real time on a day-to-day basis as everything keeps changing for everyone. Everyone agreed this was great when we had the plan intact.

There have been reports that since SXSW didn’t have disaster insurance, its financial losses are so significant that future editions are in doubt. What needs to happen to change that?

I can’t really speak to that.

What are your next steps then?

We were happy to be able to continue the awards. Now it’s a matter of engaging with the rest of the company in creative and practical ways to figure out everything. If we had gone through a normal year, we would have finished up Sunday, come in this week, and immediately took notes to figure out what we felt worked or needed improvement for next year. We’d be brainstorming and thanking people. We’re missing the event, but there is still this process of figuring what this means going forward.

Having been the first festival to go through this process, what advice would you give to other festivals considering some kind of virtual presence?

I felt like there was a real rallying from the independent film community. This is the kind of field you’re only in when you really care about good work. You’re not in it because it’s easy or lucrative or because the hours are short. You’re in it because you really care about supporting vision and talent you think is worthwhile to help them be in the world. I imagine this will be a moment for a lot of conversations and people learning from each other to figure stuff out. My advice is this: The only way I got through this was to take it day by day, not give into the panic, try to be present. I like that Mister Rogers quote going around: “Look for the helpers.”