Art and Experience: Spike Lee says re-opening movie theaters right now in the midst of the coronavirus pandemic is not the best idea. The director sent a statement to Vanity Fair reacting to the recent news that Georgia is planning to ease its quarantine restrictions to begin opening up select nonessential businesses beginning April 27. Movie theaters would still have to adhere to social distancing rules, but most medical experts agree it’s risky to re-open spaces for large gatherings when the pandemic is still at large. Such a decision could make the number of cases spike once again and overcrowd hospitals.

“Open Movie Theatres Now? Hell To Da Naw,” Lee wrote in an email. “I Got Alot More Movies To Make, Not Rollin’ Da Dice Wit’ Da Only Life I Got. TESTING. TESTING And Mo’ TESTING.”

“In the Loop” director and “Veep” creator Armando Iannucci shared a similar opinion on social media. IFC Films, which distributed the filmmaker’s satire “The Death of Stalin,” announced this week it would be making 200 titles in its library available for free to independent movie theater owners looking to program their slates as their exhibition spaces begin to re-open. As IndieWire reported, the IFC film titles “will be available to theaters beginning May 29, with traditional rental fees for library titles waived for theaters in the first 30 days that they’re open, starting from whatever date they reopen their doors.” But Iannucci is critical of this initiative beginning so soon.

Neon CEO Tom Quinn told IndieWire’s Eric Kohn this week that the upcoming May release of the distributor’s documentary “Spaceship Earth” would sidestep theaters should some re-open at the time of the movie’s opening. “It’s a definitive no,” Quinn said. “I will book theaters when I feel comfortable going myself. Until there’s adequate testing in place, I won’t put myself or anyone else in harm’s way.”

IndieWire has reached out to IFC Films for comment on Iannucci’s statement.

IFC Films Will Allow Theaters to Screen 200 of its Library Titles for Free Upon Reopening https://bit.ly/34YfMCO  @IFCFilms 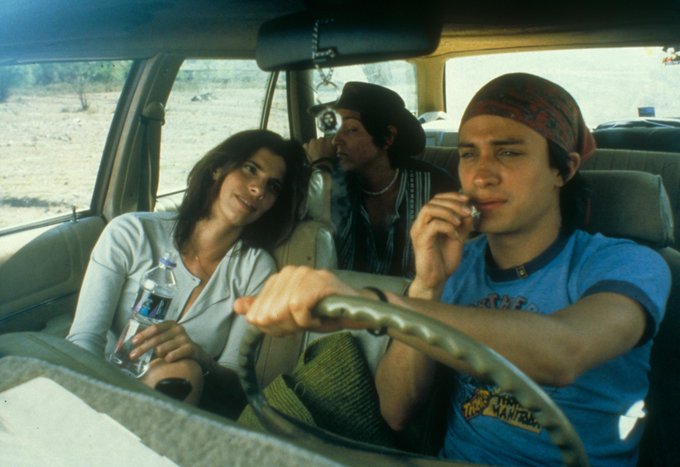 83 people are talking about this