Listen, it’s time for all the awards gurus, publicists and industry people to take a breath.

For a little over a year, the four walls surrounding us, the multiple Zoom boxes in front of us and the spewing of hatred on our television screens have divided us. The past 15 months of awards season speculation and hot takes have clearly taken their toll on the entertainment professionals as the upcoming Academy Awards draw near. The mystery surrounding what and how they will run is brewing a behind-the-scenes brawl between studios, executives, celebrities and AMPAS producers. One item seems to have been misplaced in this rumpus: We are still in the middle of a global pandemic. For over a year, the global community has lived day-to-day in a state of “I don’t know.” We honestly don’t know where we’re heading, nor can we predict where we’ll be in a month, let alone later in the day. What we do know, as of March 25, is that a global 2,749,397 people are no longer alive, and that should never be forgotten nor taken lightly.

The Academy’s producers, Steven Soderbergh, Jesse Collins and Stacey Sher, raised eyebrows and faced blowback from talent and publicists when they announced Zoom would not be an option for attending the awards, which will take place at Union Station in Los Angeles. Probably the most definitive error from AMPAS in this pandemic time was saying something like “no zoom option” so definitively, even if people wholeheartedly agreed with the sentiment. We slogged through the Golden Globes and Critics Choice Awards, having to endure glitches and audio dropouts. It’s not fun, and for some reason, no one has been able to figure out how to solve it, which is kind of mind-boggling since news networks like CNN and MSNBC bring on experts and journalists regularly.

Soderbergh, who won an Oscar for “Traffic” (2001), was one of the prominent figures to help create the DGA protocols to keep the Hollywood business and its tens of thousands of workers employed, even filming two movies himself. He’s doing this alongside Sher, one of his trusted and longtime producing partners. Collins handled the Super Bowl and the Grammys, which was of all the live award shows thus far, the clear standout and evidence on how we can operate in this difficult time. The telecast’s director Glenn Weiss is fresh off of President Joe Biden’s inauguration celebration, something that assembled many and did its best to bring a historical moment to a nation that saw the end of the Trump era and the entry of a new administration.

The producing team has also promised a cinematic show, paying homage to the movies, an art we hold so dearly. We are in unprecedented times, and no one should have to shy away from that fact. Leaning into the times might be the most genuine, thoughtful way to approach this year’s awards ceremony. The Oscars will be televised live in more than 225 countries and territories worldwide on April 25. That’s no small feat.

An argument heard by many is, “This is their first nomination, and they may never be back.” While true, I’m reminded of the countless high school juniors and seniors from last year, and very likely this year, that missed out on once-in-a-lifetime events like prom, homecoming and, most importantly, graduation ceremonies. My autistic son Noah spent his entire first year of kindergarten remotely, sitting next to my (hero) wife, a special education teacher herself, trying to juggle keeping her own students engaged via Zoom and giving our son direction for therapies and group activities that are critical to his development. I’ve watched my daughter Sophia sit under her loft bed, getting understandably and visibly frustrated by the shortcomings and glitchiness of Google classrooms in her fourth-grade year. And on top of that, before an upcoming move to Los Angeles from the East Coast, which we’re all excited about, we’re missing out on those vital moments to spend with our friends and family. We’re all missing something that’s significant and that we’ll never get back. But we’re all missing them together. 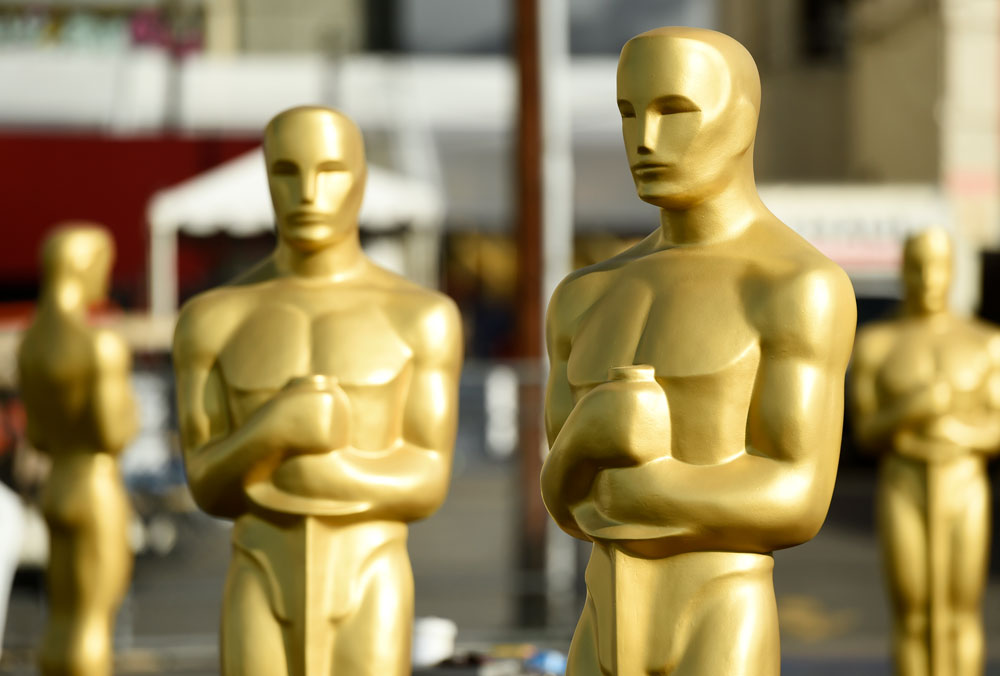 The glass is half full for some nominees, and excitement is palpable. Chilean director Maite Alberdi, documentary nominee for “The Mole Agent,” tells Variety exclusively that she will attend the Oscars with her beloved undercover subject of the film, 84-year-old Sergio, who has never been on a plane before. “Promising Young Woman” producer Josey McNamara also plans to attend the ceremony — crossing his fingers to see his writer and director Emerald Fennell (or even himself) win an Academy Award.

Safety is paramount for the Oscars, but the concerns from talents and their reps are valid. According to an awards publicist, the Academy requires two COVID tests leading up to the show and has contracted a lab to handle all testing. According to the source, the Academy has said it prefers talent to stay at the JW Marriott and the Ritz Carlton in downtown Los Angeles, where all the testing will be conducted. Local and U.S. travelers will need to quarantine for five days while international visitors will require 10. There’s added difficultly surrounding other international countries. New travel restrictions have been implemented in England, which will bar traveling abroad apart from reasonable instances.

Coming from Italy, there is no direct travel to the U.S., which forces nominees to fly to another destination with a mandatory 14-day quarantine at that location. Afterward, the United States trip can continue, where upon arrival, the talent must quarantine for another 10 days. A nominee’s trip to the Oscars for April 25 would need to begin on April 1 if all these quarantine rules were followed. If you’re currently working on a set, you’re looking at a possible 48-day production shutdown of filming to enjoy (rightfully) one of the greatest honors of your professional career, never mind the financial burden it could have on you and the affiliated studio.

Studios and streamers quickly forget the Academy of Motion Picture Arts and Sciences, an organization not always so quick to change, amended their eligibility rules this year for films to qualify for submission for the Oscars. In that unprecedented move, they let the heart of cinema beat a while longer, gave studios a fighting chance for survival and enabled media and journalism to venture forward. Speculation has already begun regarding the eligibility and timeline for Oscars 2022, and that will surely be a secondary fight in the coming weeks and months.

The Academy is not devoid of any criticisms. For years, communication and transparency have not been where they needed to warrant total public confidence in the institution and its media colleagues (we all remember the infamous “best popular film” debacle). AMPAS essentially has two “get out of jail free” cards right now. One is an acceptance of stating loudly and frequently, “We don’t know.” Who can fault them for such an answer regarding their annual show? The other is, ratings are not going to be favorable in terms of records, which every awards show has experienced thus far and will continue to see for the coming year. This is the time to do something experimental, off-the-wall, and so out-of-left-field that people will tune in to see what this would look like on television. And if it doesn’t work, you get to say, “Well, it was a pandemic.”

I will continue to share that this past year, and every year that follows, should be celebrated in the realm of cinema. No matter what state of matter the world is in, art saves lives. It saved all of us during the lockdowns, whether people acknowledge it or not. I saw some semblance of unity as people went to social media and to their family and friends to discuss what they were watching on their television screens. From the jaw-dropping moments of “Tiger King” to the late discovery of the magic of “Schitt’s Creek,” those small and infrequent pockets of joy were present. This comes from someone who lost family members in the pandemic. There are far more important things to worry about.