Art and Experience: The Iranian films ‘Harmonica’ and ‘The Runner’ directed by Amir Naderi are considered as the most important films of children cinema before the 1979 Iranian Revolution.

Produced in 1973, ‘Harmonica’ also won the gold medal in the city of Gifoni in 1990 and the Bronze Griffin Memorial Award.

‘The Runner’ in 1989 managed to transform Iranian and children cinema during its time. The film is the first Iranian film to be produced after Iran’s 1979 revolution that drew the attention of the world to Iranian cinema.

Excluding its artistic values and astonishing cinematic structure, the film, thanks to its simplicity, prompted the children’s identification with story characters and became one of the valuable works in the history of Iran’s cinema. 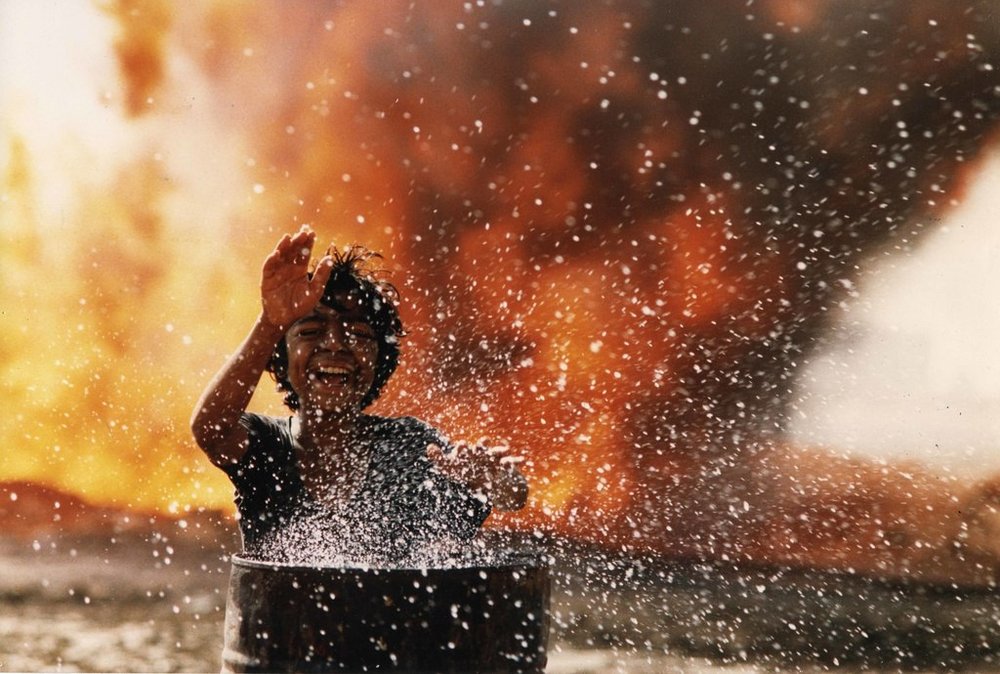 ‘The Runner’ was perhaps the first of the post-revolution Iranian films to attract worldwide attention. It set the tone for many of the films which followed: realism, child’s eye perspective of the world, innocence, gentleness, set in poor neighbourhoods, exposing great disparities in wealth, resting much of the film on the shoulders of one young actor, using children’s lives as analogies for, or explicit expositions of, the problems of the adult world.

Many children of those years, without knowing the story correctly, made emotional connection with the ‘The Runner’ images and the film became part of the memory of the childhood of the Iranian cinema.

Drawing on his own childhood in the port city of Abadan, Naderi follows an orphan boy on his daily rounds, as he shines shoes, sells water, and collects empty bottles. He finds his only joy in the act of running, without direction or purpose.

Set on the sun-drenched southern coast of Iran, from which director Naderi hails, ‘Harmonica’ begins as a young boy receives a musical present from abroad.

Fascinated and envious, his friends make him the leader of the pack, as they compete for the privilege of holding the harmonica or even blowing a few notes. No one is more obsessed than Amiroo, gentle and heavy-set, who seems willing to do anything to get close to the harmonica and its owner. Few films have more powerfully depicted the cruelty that is also part of childhood, as games and horseplay take on an increasingly sinister edge.

The 31st edition of International Film Festival for Children and Youth is slated for August 30- September 5 in Isfahan Province.