‘Ishtar’: How Hollywood Decided That One Box-Office Flop Spoke for All Female Directors

Art and Experience: “If all of the people who hate ‘Ishtar’ had seen it,” Elaine May famously said, “I would be a rich woman today.” On Wikipedia’s list of the biggest box-office disasters, with losses over $100 million (at current dollar values), “Ishtar” doesn’t even rate a mention. That’s because the movie lost about $91 million — more in the range of a box-office dud like “Cats.”

But to this day, Elaine May’s 1987 comedy adventure about two floundering singer/songwriters meandering around the Sahara — played by Warren Beatty and Dustin Hoffman — is considered one of Hollywood’s great box-office debacles, rivaled only by Michael Cimino’s studio-destroying “Heaven’s Gate,” with its loss of $126 million.

Here’s why “Ishtar” outlasted so many bigger money-losers as the poster child for a troubled belly-flop.

From in front, “Ishtar” was a troubled production. One red flag went up when May (who directed the hit romantic comedy “The Heartbreak Kid”) hired Beatty’s favorite cinematographer, two-time Oscar-winner Vittorio Storaro (Francis Ford Coppola’s “Apocalypse Now” and Beatty’s “Reds”) to shoot a comedy. Indeed, Storraro and May clashed throughout the production.

Half the budget went to the two leads’ record-busting salaries. Both stars had reputations as high-powered divas, and were crucial to May’s hiring. May co-wrote “Heaven Can Wait” and was an uncredited writer on both “Reds” and Hoffman’s “Tootsie.” Morocco was not an easy place to film, and multiple issues piled up as the media kept covering the film’s troubles, which included May’s shooting an extraordinary amount of footage.

By the mid-1980s, Columbia was in turmoil after Beatty’s former publicist Guy McIlwaine, who greenlit “Ishtar,” was pushed out after the movie wrapped at almost double its initial budget.  Outspoken new studio head David Puttnam, the British outsider best known for “Chariots of Fire,” which shockingly beat out “Reds” for the Best Picture Oscar, had already cited “Reds” as an example of Hollywood excess and ego run amok. As the press liked to point out, Puttnam was a classic case of the new chief rooting for his predecessor’s films to fail. (Puttnam ended up having a short-lived tenure, ousted after barely a year, dogged by his own series of failures.)

The movie’s piddling reviews were not nearly as bad as its reputation (its Metacritic score sits at 52). Good, bad, or indifferent, the critics almost invariably reviewed the budget as much as anything else. That never helps a movie, and Columbia Pictures made things worse.

Of late, “Ishtar” (released on Blu-ray in 2013 and often shown on TCM) is rediscovering some acclaim. Its favorable reviews in 1987 included critics Janet Maslin, Dave Kehr, and Richard Schickel, and Vincent Canby listed it among his best films of the year. Reassessments include The New Yorker’s Richard Brody (“a masterwork”). Martin Scorsese lists it as one of his favorites of all time, and among its fans are Quentin Tarantino and Edgar Wright.

“Ishtar” marks an early case of the public noticing box-office gross reports, which for decades were sequestered inside the industry as strictly a trade concern. Although attention was paid when a big hit like “E.T.” broke opening weekend records in 1983, the media coverage was a tiny fraction of what it later became.

“Ishtar” was different. As a well-hyped title with wide awareness (its budget, the equivalent of $120 million today, was rare beyond a James Bond, “Star Wars” or Spielberg tentpole), when it only delivered a (adjusted) $10-million opening weekend, that was big news.

This was one of the lowest-opening weekend #1 films of its year, barely beating (by about $100,000) the unheralded low-budget Canadian horror film “The Gate,” starring unknown Stephen Dorff, which didn’t even boast its own national distributor. Two megawatt stars of the era, Beatty and Hoffman, failed to “open” the movie, when their job was to put butts in seats. 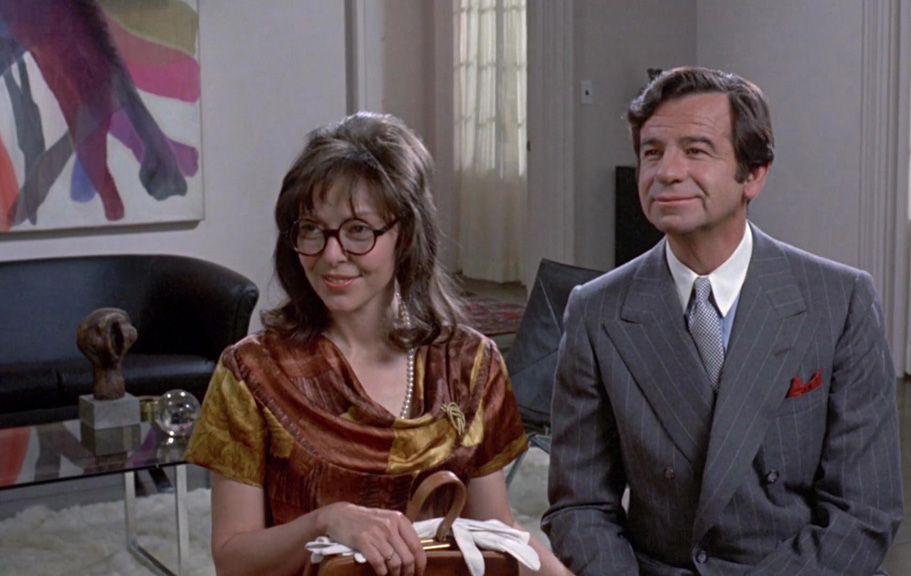 Elaine May and Walter Matthau in May’s “A New Leaf.”

But the main reason “Ishtar” took so much heat is hard to ignore. As far as Hollywood’s male hierarchy was concerned, May had stepped above her station. May was a pioneer who earned upbeat notices for her early 1970s comedy hits “A New Leaf” and “The Heartbreak Kid.” But she refused to be typecast. Her next film, Paramount’s “Mikey and Nicky,” starring John Cassavetes and Peter Falk, was a dark gangster story filmed in the Cassavetes indie spirit that went both over-schedule and over-budget. Paramount took back control and released its own edit to strong reviews and dismal box office. (The restored director’s cut is available on Criterion.)

By the mid-1980s, only a handful of women were directing. When Barbra Streisand had a hit with “Yentl” in 1983, she was met with considerable skepticism, as though an actress shouldn’t expect to transition to directing, as Beatty, Robert Redford, and Clint Eastwood had done. Susan Seidelman broke out in 1985 with “Desperately Seeking Susan,” followed by comedy actress Penny Marshall, who scored with “Jumping Jack Flash” in 1986.

May wasn’t an established actress with clout like Streisand, but her “Ishtar” budget was a leap beyond, determined by the presence of two major movie stars. And “Ishtar” wasn’t a woman’s picture, the genre box in which nearly all female directors were restricted. But the bottom line is that only Beatty and Hoffman made it possible for Columbia’s McIlwaine to greenlight a budget this huge for an unconventional comedy, which had more of a Coen Bros. sensibility. May’s comedies all derive from creating unflinching awkwardness and discomfort. That the plot involved failed performers singing bad songs took a leap of faith that audiences would go along for the ride. Those chances were diminished by the huge awareness of the film’s cost, along with discomfort that a woman was in charge of such a high budget, and Columbia’s own lack of faith.

Clearly, May brought some of this on herself. Many directors, from Orson Welles and Blake Edwards to Herbert Ross and Francis Ford Coppola, had similar issues, made flops, recovered, and moved on. In stark contrast, May’s comedy partner Mike Nichols survived a bust that damaged his career: 1975 comedy “The Fortune,” starring Beatty and Jack Nicholson, which came out the same year as “Shampoo” and “One Flew Over the Cuckoo’s Nest,” but with a much lower gross (adjusted $11 million). Nichols returned to the New York stage, directing no new narrative films for eight years until he returned with “Silkwood,” which returned him to the winners’ circle.

But the studios shunned May, putting her in directing jail for life. Screenwriting she was encouraged to do, from “The Birdcage” to “Primary Colors,” but no one gave her another chance at directing again.