‘Beyond the Clouds’: A picture of humanity at its best and at its worst

Art and Experience: ‘Beyond the Clouds’ by Iranian filmmaker Majid Majidi raised the curtain at 36th Fajr International Film Festival on April 18. An India-set melodrama, Majidi’s flick paints a texture-rich picture of humanity at its best and its worst.

The 36th edition of Fajr International Film Festival opened Wed. night with the festival director Reza Mirkarimi cutting into a cake in celebration of the 120th anniversary of the Iranian Cinema, followed by the national premiere of Iranian filmmaker Majid Majidi’s drama ‘Beyond the Clouds’.

Although the screening was set at 9 PM on the last working day, the number of people who showed up at Felestin Cinema in downtown Tehran was staggeringly high. The ticket line outside was at least 30-people long with only five minutes left to the screening, with some having already booked their tickets online, and some hoping to be let in without a ticket; which they did, as long as there were still free seats left for them, and this is one of the main reasons why I love the Fajr festival time – in the case of international film festival and theater festival at least – when the focus shifts away from making money to getting as many people as possible to watch the festival’s carefully-handpicked programs. 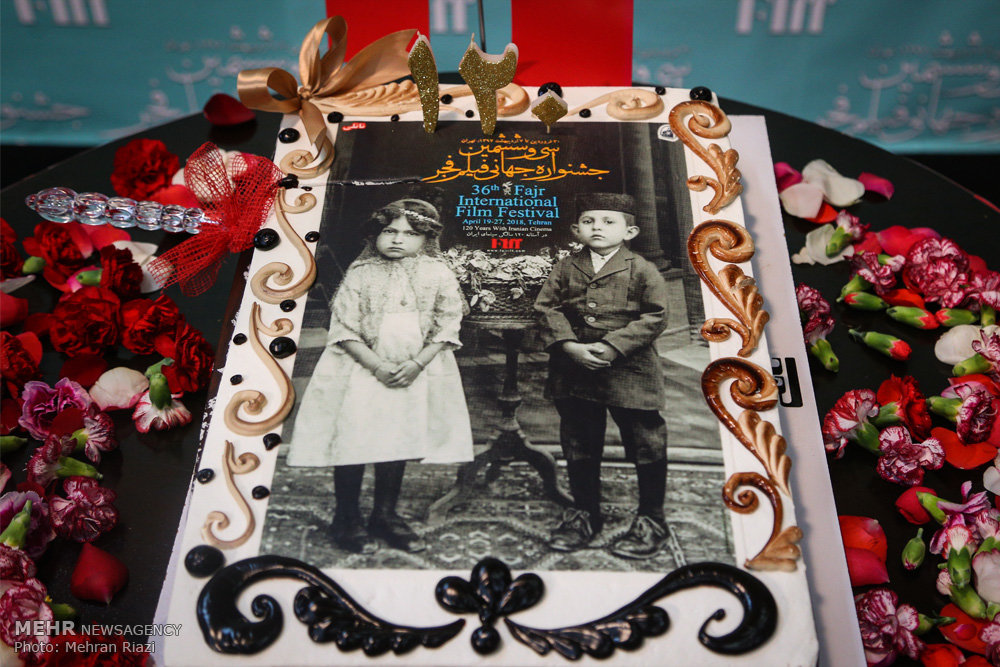 While FIFF’s priority is for films enjoying their world or at least international premiere, ‘Beyond the Clouds’ raised the curtain at the prestigious festival after its screening at the 48th International Film Festival of India in Goa in Nov. 2017, followed by its participation at Istanbul’s Fifth International Bosphorus Film Festival, where it won the Best Fiction award, the Best Actor award for Ishaan Khattar (enjoying his debut role as Amir), and the Best Editing Award for Hassan Hassandoost. Majidi’s latest flick was also screened at the 29th Palm Springs International Film Festival in California in January, before it finally arrived at the gates of the Iranian movie theaters.

An ambitious project to be sure, but perhaps not as much as his previous production – a religious biopic on the Prophet of Islam, “Muhammad: The Messenger of God,” also premiering at and opening the 2015 FIFF – Majidi’s Indian-set melodrama feature is set to premiere on April 20 in 34 territories across the world, including the Persian Gulf region, the United States, Canada, Pakistan, Singapore, among others.

‘Beyond the Clouds’ follows the story of a brother and sister – Amir and Tara (played by Malavika Mohanan) – who were estranged after one calamity only to be reunited years later after another. As a drug-dealer, Amir is leading a dangerous life constantly dodging trouble in the underbelly of Mumbai. After a drug bust and evading the cops, Amir finds himself at the doorstep of Tara’s house, seeking shelter and redemption at the same time as venting years of pent-up frustration at his sister for remaining married to a man who would constantly beat them.

The reunion is short-lived, however, as Tara’s altercation with her boss (Akshi), to whom she owes money for the place she is living in as well as being indebted to him for his earlier cover for Amir, ends up with the man attempting to rape her and her striking him in the head with a brick in self-defense – a scene that employs Majidi’s favorite shadow-play technique for this film, amid the billowing bedsheets on the rooftop, and the splatter of blood red on the creamy-white cotton.

The crisis is set early in the two-hour narrative, allowing Majidi enough time to delve freely in some cinematographic delights carried out with much splendor by Anil Mehta: The Thane creek with its flocks of flamingos, the Mumbai coasts and jam-packed ferries sailing across calm waters, the scene with Amir and Akshi’s two children drawing with pastels on the wall, but perhaps the most memorable and symbolic of which, the scene wrapping up Amir’s arc following him out of the hospital after he’s informed that Akshi has died after all, and he steps into the sun and people are on the streets celebrating the Holi festival, by throwing colored powders at each other, which fits nicely into Majidi’s celebratory story of love, life and the triumph of good versus evil.

‘Beyond the Clouds’ deals with the cliché, and in its earnest, naïve faith in the ultimate triumph of good versus evil, it does not shy away from predictability, the way Asghar Farhadi’s ‘The Salesman’ does with its convoluted narrative of the same theme of women’s plights in a man-ruled society steeped in aggression, injustice, and destitution. Where Farhadi leaves the fate of his female protagonist in ‘The Salesman’ up in the air as the camera shifts its focus to the fate of her aggressor, Majidi is more resolute to give his own female lead the kind of happy ending that she deserves. 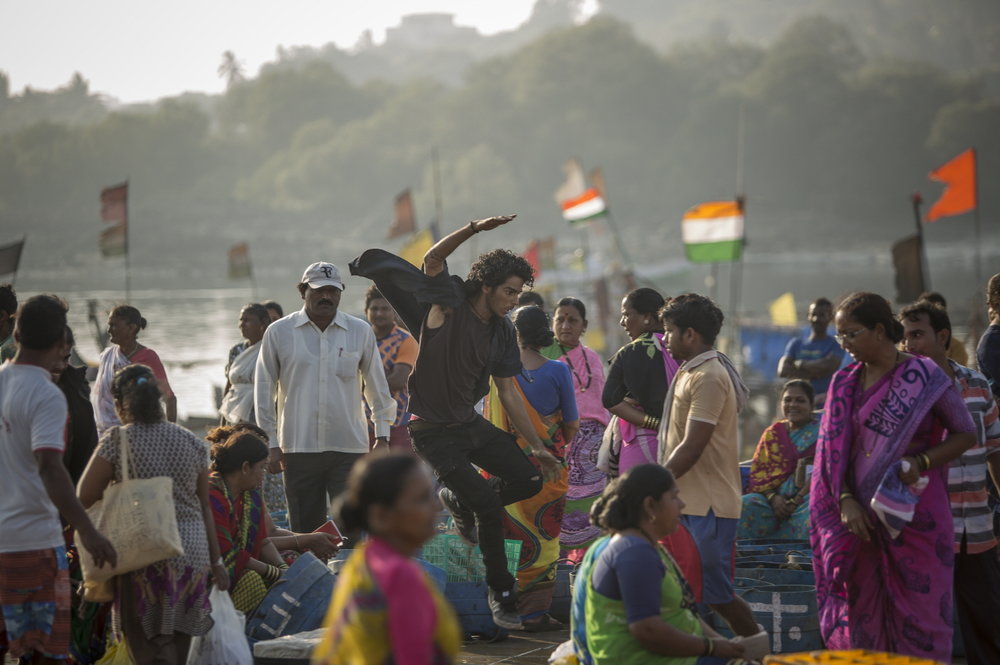 Majidi’s latest drama is about humanity at its best and at its worst, putting the characters through tests after tests to see how well they will fare on that spectrum. It is also an attempt to celebrate life in all the smallest details that we take for granted in the face of bigger troubles. “Moon? What is Moon?” becomes a harrowing realization when the words are uttered by some five-year-old boy who has lived all his life inside a prison and has never set foot outside. And when the boy, together with Tara who has made a close bond with after his mother’s death, reach out their hands through the creak in the door to feel the wetness of the rain and wait for the sky to clear up and the clouds to move away so they could see the moon and consequently leave the prison life behind, it leaves the audience with an urge to look up at the sky as they step out of the movie theater and relish in the smallest beauties that the world has to offer beside all the hardships that keep sidetracking us.

For those interested in seeing Majidi’s latest film, ‘Beyond the Clouds’ will have three more screenings on April 20, 21, and 23 at Charsou Cineplex.

Presided over by Iranian film writer and director Reza Mirkarimi, the 36th edition of Fajr International Film Festival will be held in Tehran on April 19-27.