3 Huge (Non-Superhero) Action Flicks That Might Get Rebooted Soon

Art and Experience: The ‘John Wick’ directors are looking to add to this new culture of reboots by potentially taking on several action movie franchises.

Even though it’s been quietly happening under our noses for the past several years, this new reboot culture might have hit a high water mark when a viral photo of a cinema marquee featuring a whole lineup of reboots and remakes began popping up online. 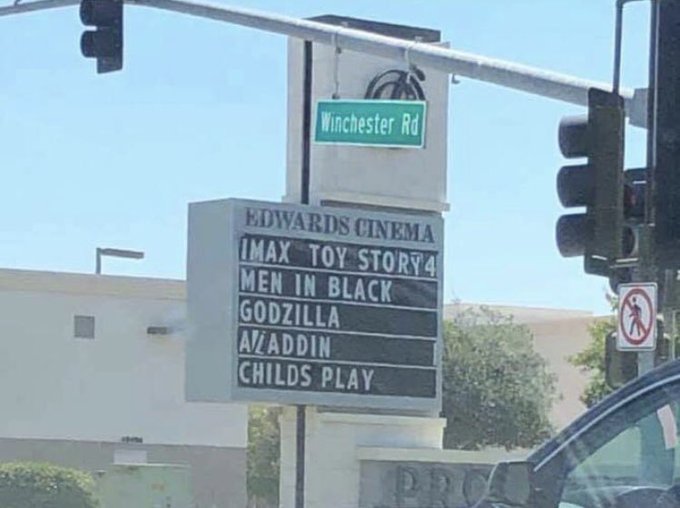 For some, it’s a welcomed sight to see some of their favorite franchises brought back to life and reimagined from a whole new lens, while to others it’s a sorry sign for the future of original content.

One of the best examples of the power of creating something good and new in the past few years has been the emergence of a critically and commercially successful John Wick franchise, directed by David Leitch and Chad Stahelski.

The franchise, which is just finishing up a stellar box office run of John Wick 3 has launched both stuntmen-turned-directors as the new in-demand filmmakers of note and both could conceivably work on any project they’d want to at this point.

Depending on your feelings about reboots though, it’s either highly exciting or highly disturbing that it appears that these are three of the top films which they’re looking to dive into next.

In an article on the Ultimate Action Movie Club, the writer of the original Bloodsport opened up at a recent screening about a meeting he had with the John Wick directors where they talked openly about their desires to reboot Bloodsport.

“These guys, Chad and David, came to my house many years ago and they saw this Bloodsports poster on the wall and you’d think they’d seen a religious icon. And apparently, now that they’ve gotten to be these big shots in action movies. The movies they want to do are a reboot of Bloodsport and they also want to do a reboot of Enter the Dragon.” – Sheldon Lettich

Both directors actually have stunt coordination ties with Lettich and the Bloodsport franchise (which spawned three direct-to-video sequels in the ‘80s and ‘90s). The original, which starred Jean-Claude Van Damme has gone on to become a cult classic and is largely considered responsible for spawning a whole generation of martial arts movies and video games in the ‘90s.

In the same interview (and also corroborated by Deadline) David Leitch, who has also enjoyed success directing Deadpool 2 and Hobbes & Shaw since working on the original John Wick, has been tied to a remake of the Bruce Lee Kung Fu classic Enter the Dragon.

No word on who would fill in to replace Bruce Lee, or how close the project might be to actual production as it’s been in development hell for many years already.

“We want to develop a property that can give us — and again it’s not about marketing, it’s not so much about the financials, it’s about how can we make a more mythological, chapter one, chapter two, what’s a great way to tell this story?” – Chad Stahelski

All signs point to this having the potential of another multi-movie franchise based upon a property which enjoyed box office success in the ‘80s and ‘90s.

Personally, as a film fan and a filmmaker, I’m torn. There’s something about these reboots that do work both from a critical and commercial perspective. Several of these recent reboots have enjoyed some successful runs and given fans something they genuinely want to see.

However, as a filmmaker, it seems to add to the disparity of riches in that you’re either working on the big-budget sure things, or you’re working against the grain on projects that are new and matter to you.

While I hope great things for any of these reboots if/when they make it all the way to fruition, I’m also hopeful that the next “hot” directors take up the challenge of using their opportunities to bring new, different and more diverse stories to life as well.